Finding our way around. How do you get from A to B? Sat Nav Tips

Finding our way around. How do you get from A to B? Sat Nav Tips

Finding our way around. How do you get from A to B?

Of course, the modern and most popular way is Sat Nav. But we ask is Sat-Nav state of the art technology?

Auto navigation devices have been around for a century!

Patented in 1909 the earliest in-car navigation system was the Jones Live-Map It was a turntable with a pointer on which the driver placed paper disks for individual routes and it measured distance and direction through a cable connected to the front wheels. However, with no opportunity for mid-course corrections, it must have been next to useless. 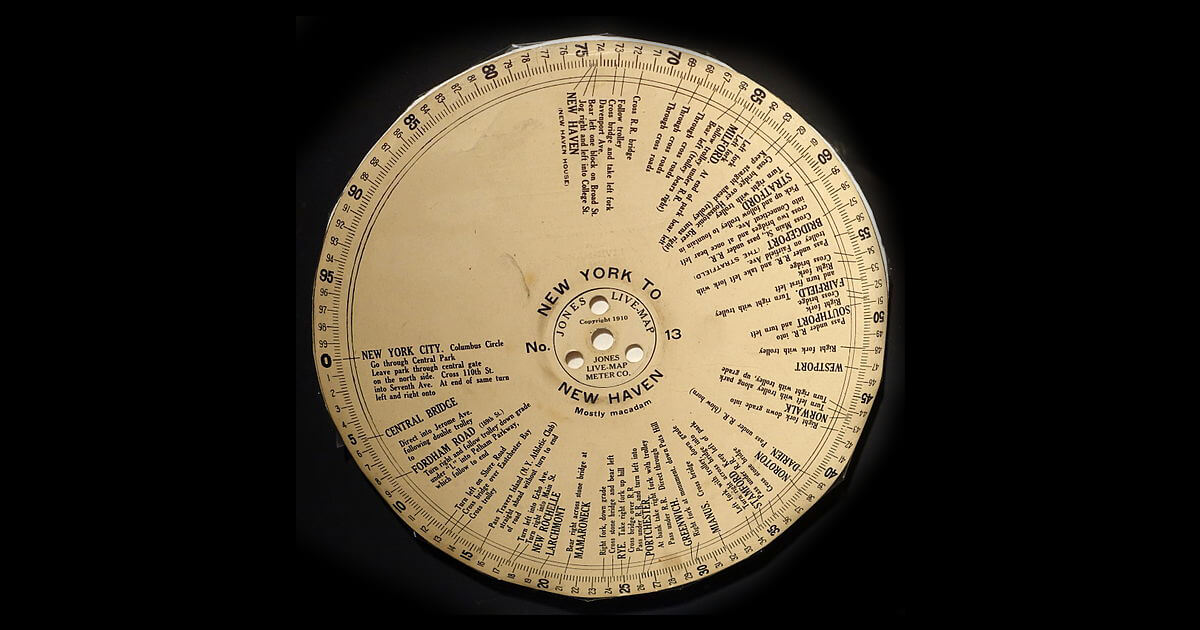 Jump to 1981 and Honda invented a mechanical navigation system called- Honda's Electro Gyrocator, which could be fitted as an optional extra. The Gyrocator was the first computerised in-car navigation system. Developed in Japan, it was like the Jones Live-Map - a solid-state system. But like the Jones Live-Map, it could not respond to the changing narrative of the drive. So, if you went wrong the errors soon stacked up.

However, some of the technology for a real-time system already existed. The US Defence Department had developed GPS (global positioning by satellite) in response to the Soviet launch of Sputnik in 1957 and the poor motorist was still losing their way. It wasn't until the 1980s that President Reagan made it available for civilian use.

So we knew where we were but until pioneers by a British firm the other technological piece of the sat-nav jigsaw was digital mapping, which grew out of a circle of friends who met as teenagers, programming some of the earliest home PCs at a school holiday computer camp in Northampton. In 1988, working from a friend's spare bedroom in the Surrey they created the AutoRoute Journey Planner, a complete digital road map of Britain.

The technology for sat-nav, in other words, was around for several years before it was developed. All these different inventions simply needed to be brought together.

Whatever your thoughts sat nav is here for the foreseeable. But sometimes we have to be “old school and use our senses” to avoid danger or just get to where we want to be.

How many times do we see road signs saying “do not follow sat-nav”? How Many times do we hear people say “sorry I’m late my Sat-nav sent me to the wrong place”?

There are lots of stories of vehicles becoming stuck in tight spots because the driver followed their Sat Nav.

Remember...
You’re driving not the sat nav. It’s your fault if you have an accident or commit and offence

The Sat-nav doesn’t’ know what you are driving “you do”
If your driving a large vehicle or towing a caravan, be sure the road the satnav tells you to go down is suitable for your vehicle. Watch for signs, particularly height, weight or width restrictions.

Trust your eyes not the sat nav
People have been marooned in fords, driven into rivers, nearly off cliffs and down railways, because their sat nav told them to. If the road looks wrong, don't take it.

Don't try to programme the sat nav while driving
Always pull over before adjusting settings. Programming on the move will take one hand from the wheel, two eyes from the road and your brain from driving.

Use all of the features
Sometimes it’s better to receive spoken instructions, it’s unwise to take your eyes off the road to look at the satnav. On a complicated, busy roundabout, listen to the instructions

Check before you leave
If possible check the route is practical before you set off and try and have an idea of where you are going and heading for. Is the sat nav taking you to the right Hatfield? The Hatfield in Hertfordshire or the one in South Yorkshire, Newport on the Isle of Wight or Newport in Shropshire. Also, check does the route look right?

Keep your sat nav up to date regularly
It needs to know new roads and traffic systems and be generally up to date.

Thieves like sat navs too
If it's detachable, always take it out when you leave the car. Mounts or suction cap marks also attract thieves as they know that drivers who remove the satnav from the window tend to leave it in the car.